The TB rankings are lists of players designed and produced by thetennisbase.com that periodically classifies the tennis players based on their results, with a single mathematical model which applies since 1877 to the present.

2.- If already exists the ATP rankings why publish the TB rankings?

Because two reasons. First, the ATP rankings are published just since 1973, so there is a period of almost 100 years with no rankings published. On the other hand, the ATP ranking has changed many times the mathematical model which is used in the lists, thus it is practically impossible to compare the performance of the players due to the different scoring system.

The TB ranking, by opposite, provides a uniform scoring system throughout the whole history of tennis, what enables the possibility of comparisons between the performance of the players over time.

3.- What periodicity  TB rankings are posted with?

From 1877 to 1899, the website publishes two annual rankings, one at the end of Wimbledon and the other one at the end of  the season. From 1900 to 1989, four rankings are published. And from 1990 the lists have weekly frequency.

4.- How the TB rankings are calculated?

The calculation of the TB rankings  system is simple and easily understandable. In each list, the players scored with a maximum of 16 tournaments played in the 52 weeks immediately preceding the date of the ranking. Tournaments that count are those in which the player has got best score, although eligibility for tournaments is subject to certain restrictions: all tournaments category "A" count obligatorily, regardless of the result obtained by the player, and are only eligible to a maximum of 6 tournaments categories "C", "D" y "E".

The score is complemented by a system of "bonus" based on victories that a player obtain against rivals in the TOP-200 from the list in force.

However, that does not mean that in the past tournaments did not have different relevance and importance. To highlight this difference of category in the tournaments we have created categories TB.

6.- How is a tournament assigned to a particular category?

“Participation points” table is defined in the following way:

Thus, the participation points for a tournament involving the number 1, number 5, number 14, number 18 and number 35 in the current ranking would be 200+137,5+55+35+17,5=447. This value is compared with the rest of the tournaments of the season to determine his category.

Tournaments of the Grand Slam, Grand Slam Pro and the World Pro Ch. Series are always category "A". The category from the rest of the tournament is awarded according to the score of participation, clearing technical ties based on the pedigree of the tournament.

7.- How are ranking points assigned?

Thus, a category "B “ tournament with a score of participation  of 960 points would be granted to the winner of the tournament 910 points, 750 fix value more 160 (960/6) as variable value for participation.

Starting from there, the rest of players earn points depending on their results in the tournament according to the following table (calling W to the score of the winner of the tournament).

Some tournaments with Round Robin format like the Masters Cup, have a score modifier to compensate for the reduced number of participants. Also high level tournaments and very extensive in relation to its duration, like the World Pro Ch. Series that could last for months or the Pro Tours of the years 50 and 60 have also modifiers to adapt its value to the exceptional nature of the format.

The TB ranking includes a system of "bonus" in addition to the points obtained by results in tournaments. The "bonus" pretend to compensate the luck factor derived from the draw as well as merit the victories obtained by the players according to the category of the rivals.

This is the table of basic value of “bonus”:

These basic values are multiplied, in the first instance, by the nature of the competition according to the following table:

Finally, the "bonus" multiplies, cumulatively respect to the previous multiplier, depending on the round of the tournament in which the match is played. The following table specifies this multiplier.

9.- What is and how works  all time ranking?

This ranking is not intended to discern who is the best player in history, something impossible, on the other hand, because includes players from different eras. This ranking is trying to classify the careers of the most brilliant players in the history depending on their results.

To this end, a series of values are taken into a consideration, values that calculated according to the formula described below, determines a final score.

1.- Tournaments results: Are counted the "A", "B", "C"and "D" title, the "A" and "B" tournaments finals and the "A" tournaments semi-finals. To avoid the inflation of competitions that occurred at certain times (for example, in the sixties) only accounted for those tournaments that counted for the TB ranking of each year, therefore, the maximum number of valid tournaments to this ranking by season is 16. The value obtained for each tournament is the same that the value which appear in the TB ranking, divided by 100. Era Open tournaments have a multiplier of 1,1 to reflect the universal character of tennis at this time, unreal in earlier times, either by the division between professionals and amateurs, or because  the development of tennis was not completed.

3.- Register head-to-head: Is calculated the H2H percentage of each player against players who ever have been in the top-10 of the TB ranking. To find this percentage 1 point is given to each  won H2H, 0.5 points for each tied H2H and 0 points for each lost H2H. The addition of these points is divided by the total number of H2H series. At least the H2H series must have a minimum of 3 matches played. Once found that percentage (that we call CocH2H) points  are assigned by the following formula:

4.- Achievements ranking: This variable measures the performance ranking of each player. Points are assigned as follows :

5.- Highest score in any list TB: Measures the best results achieved by a player in a period of 52 weeks. That is, we evaluated where a player has been able to reach as far as results are concerned and, in what refers to the most important players, where have been able to take his domain.  To do this, we obtain the ratio MP (maximum performance) dividing the maximum score in his career by the constant 20000:

And to find the score in this section we multiplied by the constant 150 CoefMP squared:

6.- Grand Slam: Obtaining the Grand Slam is rated by any player.

We consider both, the traditional Grand Slam (Wimbledon, Roland Garros and the US Open and Australia) and the Grand Slam Pro in which incorporated the US Pro, Wembley Pro, French PRO championship and world professional championship World Series.

We also distinguish between Grand Slam in a season, consecutive but in two seasons and Grand Slam career, calling them A, B and C. The scores we give are:

7.- Track records. This variable measures the success of each player when it comes to win in all important tournaments of his era(for example, at the present time the 4 Grand Slam tournaments, the MS, the Masters Cup and the Davis Cup). Each tournament has a value (according to its ATP value) that the player adds if he gets the title. The coefficient P (CoefP) is obtained by dividing the points made by all possible points:

And the points are obtained multiplying the square of CoefP by the constant 250:

With the total sum of points in these 7 categories we get the total score of each player for the all time ranking.

The era open ranking works exactly the same, but taking results since 1968.

All the constants used have been carefully chosen to give each category the weight that we consider appropriate, avoiding some variable influence improperly, by defect and excess alike. 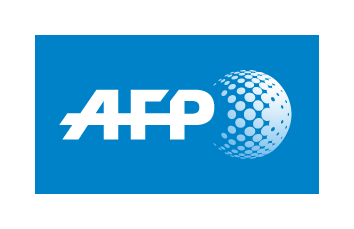